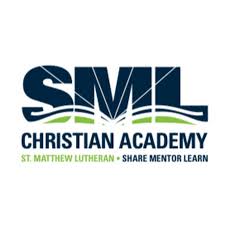 It can be a challenge for parents these days to find a school they feel offers their children a quality education, while also maintaining an atmosphere that fosters character and moral values. The residents of Smith Mountain Lake are to benefit by another opportunity for such an education in the near future.

It’s a daunting, but divine task. That’s one way to describe the work of Deke Andrews and others who plan to open Smith Mountain Lake Christian Academy in the fall of 2008.

A teacher and coach at North Cross, a private school in Roanoke for the past 19 years, Andrews is leading the effort to bring the new school to fruition. With the help of SML businessman Micah Gaudio, they both are being felt led by God to begin the new ministry at the Lake.

“Over the summer, we had our daughter’s wedding at the Lake,” said Andrews. During his visits and trips to the Lake, he said he “crossed paths” with Gaudio.

From there the foundation was laid and they began to have a vision for the new Christian school.

“I guess we developed a passion to get this thing going and moving,” Gaudio said. He also credited former Radford Baptist Church pastor Nick Shaffer as being an initial supporter and visionary for the ministry.

After months of planning, the idea has now progressed to the stage of upcoming informational meetings and the development of a website www.smlca.org/.

SML Christian Academy is sending a mailer to 35,000 area homes about the new school, targeting the area between Bedford and Rocky Mount. It includes information about the school and announces the dates of two “town hall” meetings. The meetings will be held Tuesday, Nov. 13 at 6:30 p.m. at Halesford Baptist Church and on Thursday, Nov. 29 at 6:30 p.m. at Radford Baptist Church in Moneta.

“Having raised six children of our own, my wife and I know too well the burdern that parents face deciding on the best educational alternative for their children,” Andrews writes in the mail-out brochure. “Our hope is for SMLCA to be a community school.”

Initially, SMLCA will be for students in grades 6-8 “with prayerful consideration being given to adding grade levels in subsequent years,” Andrews writes in literature about the school.

The school will be based in the LakeWatch Plantation development along Rt. 122 in Franklin County. A fundraising effort is currently underway to raise the $500,000 needed for the land. Approximately $150,000 has already been received.

Since the school plans to open next fall, Andrews said they would be using temporary quarters. A search is currently underway to find a suitable location that could accommodate as many as 60 potential students.

In the meantime, Andrews is busy developing a curriculum, finding faculty and helping to establish a board of directors that will oversee opeations of the school.

Andrews and Gaudio are particularly excited about the curriculum SMLCA hopes to offer.

“We believe the local area to be inundated with exceptional opportunities in the arts and music. Our goal is to utilize the wealth of local talent but strive to go beyond the normal offerings,” the SMLCA literature states. “We want to be different and have lots of flexibility,” Andrews added.

While the school is not yet ready to begin accepting applications, Andrews hopes the upcoming public meetings will give the organizers an opportunity to articulate their vision and that there is a “willingness to pray for us” among those who attend the meetings.

Andrews said they will also be emphasizing the advantages of a private, Christian school.

“They demand and deserve the highest level of accountability between families and the school,” Andrews notes. Also, “every aspect of SMLCA will stand on the principles set forth from God’s word.”

Tuition rates for the school are not yet set. Andrews said one of the priorities of the fundraising will be to bring in enough money to be able to offer financial aid to the families of students unable to pay the full amount.

Thanks to the Smith Mountain Eagle for this article.