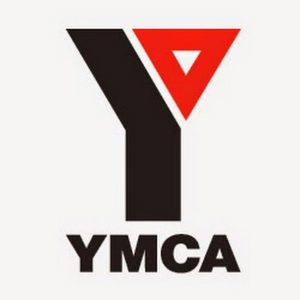 The first phase of a new YMCA opens Monday to serve the Westlake area of Franklin County, just as a fundraising drive steps up to build another Y six miles away, across Smith Mountain Lake in Bedford County.

The indoor and outdoor tennis courts will open in the first phase of the $3.3 million Westlake facility.

The rest of the project — including a 1,200-square-foot multipurpose room for aerobics classes, a fitness center, two racquetball courts and an outdoor playing field for soccer and flag football — will open early in January.

“We might be a week late, but that’s pretty good for construction,” said Kim Merritt, director of the lake facility. “We’ve had a good firm working with us and we are excited about the opening.”

The push to build a new YMCA in the Westlake area was sparked by population growth at Smith Mountain Lake.

The original 3,000-square-foot Westlake Y, which opened in 2000 in a storefront at Willard Office Plaza near Virginia 122 and Virginia 616, has swelled to 450 memberships including several family memberships.

Dave Cappellari, who helped lead the fundraising drive for the new Y, said the campaign exceeded $1 million, enabling officials to put a full-length basketball court in the second phase.

The new Y is a part of LakeWatch Plantation, a subdivision under construction on Virginia 122. LakeWatch developer Trey Park donated the land and site preparation to the project.

Approximately six miles away, across Hales Ford Bridge in Bedford County, a second YMCA is planned to serve the growing Moneta community.

George Aznavorian, the real estate developer who launched Mayberry Hills and Downtown Moneta, donated two acres on Virginia 122 where the Y will be built.

“The first initiative is about $2 million, with the entire build-out option as much as $6 million,” said Aznavorian, who also serves on the steering committee for the new Y.

Lake Group LLC, the homebuilders association serving Mayberry Hills, made the first financial donation, in the amount of $50,000, said Mary Jo Boone, executive director of the Bedford Area Family YMCA. To date, that is the only cash received for the project.

Both Aznavorian and Boone stressed the importance of securing long-term community support.

“This is not just about raising the initial funds,” Aznavorian said. “This end of the county, the lake district, they have had some of the highest [real estate] assessments but services are somewhat lacking.”

The spray park, a playground that incorporates jets and sprayers, will be available to the community on a per diem basis — an asset to lake-area residents entertaining out-of-town guests.

A pool was determined to be the area’s most-wanted amenity following town-hall meetings held last year to gauge the community’s interest. If enough funds are raised, the pool, or part of it, could be enclosed to offer year-round swimming.