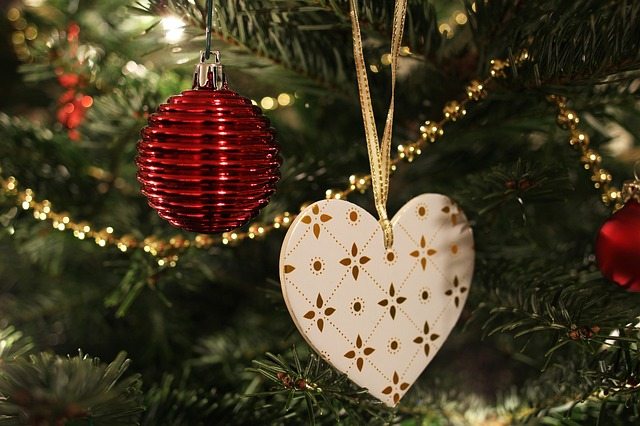 Stories and traditions are a fun part of life in Viriginia’s Smith Mountain Lake. And Christmas is a veritable banquet of such tales. Though I believe it is important for our children’s sake to separate truth from fiction, tradition is one way to teach lessons and draw the family together with special memories.

One story not told as often as others is that of the Christmas Tree. Perhaps part of the reason for that is that there are many legends regarding it’s origins. I guess none of us will ever know for sure where the tradition came from, but it is rather interesting to speculate. Here are several possibilities as to the roots of our current practice of bringing trees into our homes and decorating them.

Late in the Middle Ages, Germans and Scandinavians placed evergreen trees inside their homes or just outside their doors to show their hope in the forthcoming spring. Some think perhaps our modern Christmas tree evolved from these early traditions.

Legend also has it that Martin Luther, one of the founders of the Protestant faith, began the tradition of decorating trees. One crisp Christmas Eve, about the year 1500, he was walking through snow-covered woods and as he walked he was awed by the beauty of millions of stars glimmering through the branches of the evergreen trees. The tree branches, dusted with snow, shimmered by the light of the moon and the twinkling starlight. So taken was he by this sight that when he got home, he set up a little fir tree indoors so he could share this story with his children. He decorated it by putting candles on all it’s branches, which he lighted in honor of Christ’s birth.

Another story is of Saint Boniface, an English monk who organized the Christian Church in France and Germany. One day, as he traveled about, he came upon a group of pagans gathered around a great oak tree about to sacrifice a child to the god Thor. To stop the sacrifice and save the child’s life Boniface felled the tree with one mighty blow of his fist. In its place grew a small fir tree with it’s point shaped exactly like a cross. The saint told the pagan worshipers that the tiny fir was the Tree of Life and stood for the eternal life of a Savior who could offer them hope their false gods never could.

Yet another legend tells of a poor woodsman who long ago met a lost and hungry child on Christmas Eve. Though very poor himself, the woodsman gave the child food and shelter for the night. The woodsman woke the next morning to find a beautiful glittering tree outside his door. The hungry child had really been an angel in disguise. He created a lovely tree to reward the good man for his charity.

Whatever the truth may be about this lovely tradition, may it bring joy to you and yours as you spend time with loved ones round your Christmas tree. And remember to thank the Lord who is the reason for all good things.