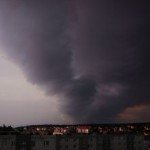 As one could imagine, inland lakes such as Smith Mountain Lake have become more popular areas for building homes and buying real estate in the wake of increased hurricanes and other dangerous weather near the coasts.

According to USA Today, “The steepest population losses were in the coastal parishes of Louisiana, flattened nearly three years ago by Hurricane Katrina. In St. Bernard Parish, La., a flat expanse outside New Orleans surrounded by swamps and the sea, the number of residents in the highest-risk neighborhoods dropped by two-thirds since 2000.  Part of the reason may be that it is simply more difficult to move to those areas.

Across the Gulf Coast, the areas most vulnerable to hurricanes also suffered the worst damage in the 2005 storms. As a result, rebuilding there has been a longer, more complex task than in other places, says Greg Rigamer, head of the New Orleans planning firm GCR & Associates, which has tracked the region’s recovery.

Other parts of the coast, including stretches of Texas and the Florida Keys, also lost full-time residents over that period, though the declines were not as big.

“Saying building on the coast is inherently bad is oversimplifying, but you have to manage the risks,” says Florida Emergency Management Director Craig Fugate. “I think we’re realizing now that the way we had been doing things isn’t really sustainable.”

Those high-risk areas — often coveted spots close to the beach — boomed during the 1990s and previous decades as a flood of Americans headed south and developers rushed to build homes to accommodate them. But that rapid growth slowed, and in some places reversed, over the past eight years. Even excluding places hit by Katrina, high-risk areas grew only about 6%, about half the rate of safer places farther inland, the analysis found.”  USA Today,

Frankly I am surprised the losses are not higher all the way down the coastline and in those areas most vulnerable to hurricanes and other severe storms. If I knew that I might have to take my family and run for our lives, then come back to a devastated home that needed rebuilt for the 3rd time in 12 years, I can’t imagine staying in that location. Smith Mountain Lake and other beautiful inland areas seem more appealing than ever when you consider the risks of storms coming off the high seas.