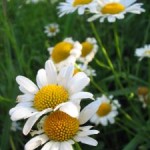 April is the month that brings Smith Mountain Lake alive! The spring rains nourish the earth and everything in Creation begins to explode with color against a backdrop of green. It is a wonderful time of year. Somehow even the smell of April refreshes ones spirits and makes you look forward to life.

While thinking about the blessings of April I began to wonder how the month acquired it’s name and in searching for it’s roots, found all sorts of interesting trivia regarding April.

No one seems to know for absolutely certain where April got it’s name, but the Ancient Romans called it Aprilis, likely a derivation of the Latin word ‘aperire’, which meant to open or bud, a very apt description of the month.

April of course is the month when the swallow and other birds make their reappearance after their winter migration. At one time people were mystified by the disappearance of the swallow in coldest months and thought it spent the season hidden in the mud at the bottom of ponds.

April 30, 1789 – Washington inaugurated as the first President of the United States.

April 25, 1953– The building blocks of all life, DNA, was discovered by James Watson and Francis Crick. Their achievement was recognized in 1962 when they recieved the Nobel Prize in Physiology.

The birthstone for April is a diamond and the flowers are the Sweet Pea and Daisy.