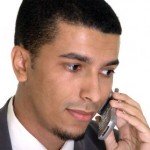 Almost everyone has heard or read of the dangers of holding a cell phone to your head constantly. Many people at Smith Mountain Lake (just like the rest of the world) have gone to these small, portable, convenient phones as their primary source of communication. Experts and researchers say this could be a risky trend.

In an interview with Elizabeth Cohen of CNN and posted on MSN  today we find out that not only is there evidence as to the harm of cell phones, but there are ways to minimize that risk.

The University of Pittsburgh Cancer Institute recently released recommendations for minimizing potential health risk from cell phones. Kids should not use cell phones except in emergencies, it says, because developing bodies are more susceptible to harm.

Keep cell phones as far away from the body as possible, using speaker-phone mode or a wireless headset as often as possible. Wired headsets may also help reduce exposure.

The research, from the university’s Center for Environmental Oncology, also suggests not using cell phones in crowded places like a bus, where others could be exposed to your phone’s electromagnetic fields.

Don’t carry a cell phone on your body, center director Devra Davis said, or “you’re just roasting your bone marrow.” If there is no other option, pointing the keypad toward your body may provide a small reduction in exposure.

Use land lines with corded phones for longer conversations, and keep cell phone chats short since biological effects could be related to the duration of exposure. Cordless phones use electromagnetic emitting technology similar to that of cell phones.

When holding a cell phone to your head, switch sides regularly to spread exposure. Wait until the person you’re calling has picked up before holding it up to your ear. This limits the power of the electromagnetic field emitted. Communicate via text messaging when you can, rather than making a call.

Avoid using your cell phone when the signal is weak or when moving at high speed, such as in a car or train. This increases power as the phone repeatedly connects with new antennas.

A few other ideas from the article were:

Use a wired headset with a ferrite bead. A ferrite bead is a clip you put on the wire of a headset. The concern is that the wire itself emits radiation into your ear. The bead is designed to absorb the radiation so you don’t. They’re inexpensive and available at stores or online.

Use a “hollow tube” earpiece. It’s just like a regular wired earpiece, except the last six inches or so — the part next to your ear — is a hollow tube. There’s no wire under the plastic. “You’re getting the sound through the air. You’re not dependent on radiofrequency waves,” said Dr. David Carpenter, director of the Institute for Health and the Environment at the University of Albany.

It’s the exposure, day after day, year after year, that matters. As Challis (former head of the British committee that studied cell phones and radiation), who’s retired, puts it, “If I were younger, I’d take this much more seriously.”
CNN’s John Bonifield and Jennifer Pifer contributed to this report.