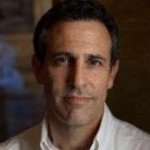 Life Out Loud Films, the producers of “Lake Effects” the movie filmed last year at Smith Mountain Lake have recently announced a tremendous opportunity for some young person who plans to pursue a career in film-making!

The Scott Winters Future Film Makers Fund is a scholarship opportunity for rising or recently graduated seniors who have the desire to go into screenwriting, filming, directing, etc.. This $500 scholarship fund is a tribute to the passion and talent of writer and actor Scott Winters, who wrote the screenplay for “Lake Effects” and who lost his battle with cancer in 2011. The scholarship will be awarded annually to a young film maker with a dream. For more information follow the link below.
Scholarship Information and Application