Lakefront living has many advantages over living near the ocean!

I will detail several of these advantages shortly, but let me start by giving you one simple reason. In general, oceanfront property became popular decades before lakefront, so the prices at the ocean skyrocketed to (often) many times that of lakefront homes. In the last decade, the popularity of lakefront property has exploded as well. But it is still not as fashionable as oceanfront…yet. As a result, the appreciation potential of a lakefront home is greater, in the opinion of many investors, than that near the beach. 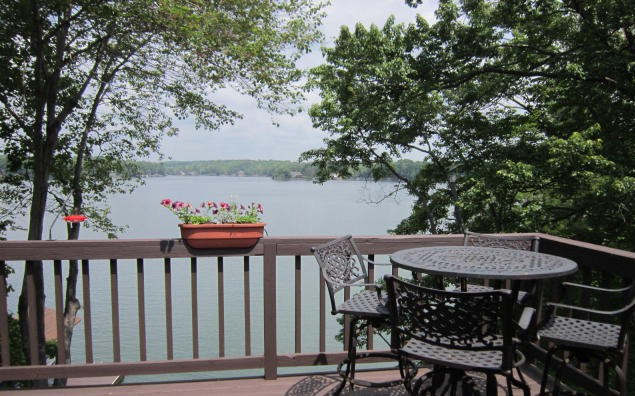 One person who helped clarify this for me was David Stevens, the former Senior Vice President of Freddie Mac, and one of the most astute individuals in the nation on real estate trends, especially as they affect the financial markets. For years David had been looking for a second home at the Outer Banks, and was very pleased with the value of similar homes here at Smith Mountain Lake. He said the home he purchased here would cost many times more on the water in the Outer Banks. After spending a number of vacations here, he also realized that there was actually more of what his family really wanted to do here!

One of the reasons he gave is the opportunity to have a powerboat, jet ski, canoe and sailboat just a few steps from his back door. Though this may be remotely possible in rare situations in an oceanfront setting, this is the norm for homeowners here at Smith Mountain Lake. My dock and boathouse area include a Hurricane deck boat, a Hobie Cat sailboat, my friend’s wakeboard boat, two Sea Doos and a canoe. My neighbor on one side has a paddle boat for more leisurely rides and the other neighbor has a fishing boat.

David said his family didn’t want to spend big money and time docking their crafts at a local marina, as he would at the ocean. This is a hidden cost that many don’t think about when making a comparison. The convenience of having these vessels right at hand has provided David – and countless others here – the joy of a true waterfront experience.

Another reason that many now prefer SML to the ocean is the absence of hurricanes here in Southwestern Virginia.

Since I wrote the first edition of my book (The Definitive Guide To Smith Mountain Lake Real Estate), one of my readers wrote me an email on this topic. He said:

Paul,
Another selling point of lake vs ocean. The salt water is much more harmful to the metals and finish on houses and water vehicles. I have to rinse my boats off after each use or pay a price in engine repairs and extra wax.
Patrick Stover
Annapolis, MD

I hadn’t thought of this one, and I guess it isn’t something one would think of unless they were living it. Thanks for the tip, Patrick!

I believe that Smith Mountain Lake holds many advantages over oceanfront living. I admit I am a little biased – but so are thousands of others from New England to California! One of my recent lot buyers has lived in seven or eight locations around the nation. He currently lives in a beautiful home near San Francisco. He was part of successful software company that went public and his wife is vice president of a national retail chain. He called me last summer and said that in all of his travels he’d never seen a place like Smith Mountain Lake, and though he could afford to live at the ocean or in the mountains, this is where he wanted his residential journey to end. His family had visited here only briefly while living in North Carolina years before, yet they decided that this is where they would one day build their retirement home.

He informed me that he was prepared to spend up to $1.5 million on a premier waterfront lot here with deep water, privacy, a direct view of the mountains, and a nearly flat building site. After going back and forth for months online and via phone, he traveled here for four days.

On day one, we took a boat tour of the lake. With map in hand, we surveyed the various features and home styles of the different sections of our “Jewel of the Blue Ridge.” We enjoyed a great view of many lots from the vantage point that only the water can give. On day two, we went by car and got a different view of the various waterfront lots that we had narrowed down in previous months. By sunset, we narrowed it down to the top four. On day three, we rented a private plane and flew over the lake, getting a breathtaking aerial perspective of the waterways, neighborhoods and lots we had been reviewing.

My new friend was more impressed with the lake than he had previously imagined, and was especially pleased that he was able to go home with a lot that exceeded his expectation at a little over half of what he anticipated from California. He has now told other Bay area residents of our beautiful secret and I am preparing to take his friends on a similar tour here soon.

David and my new West Coast friend are thrilled with their property purchases at Smith Mountain Lake. Are you ready to enjoy a similar experience? If you want to join people from all over the United States who now call this place home, please contact a local Smith Mountain Lake REALTOR® today. 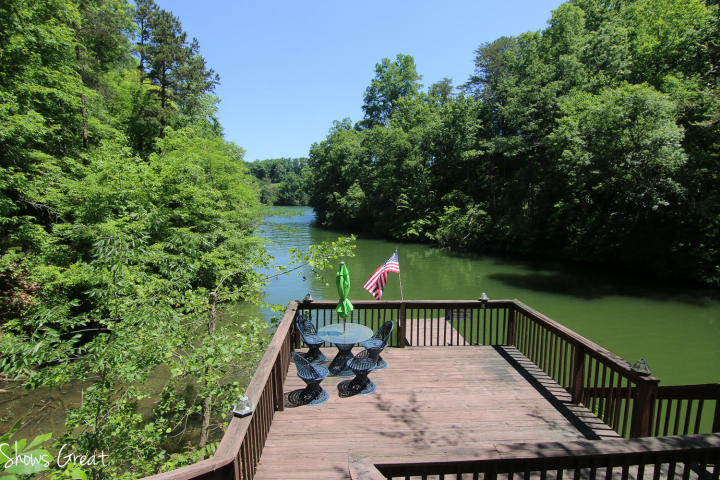