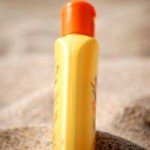 In the last post on sun and it’s effects on our bodies as we play outdoors at Smith Mountain Lake, a Wikipedia quote was mentioned on the increase of melanoma (skin cancer) in Australia. The rest of that quote (below) is also very significant, as it indites sunscreens as contributors to those melanoma rates.

Before you read that though, read how Dr. Al Sears, MD summed it all up when he said that sunscreens effectively stop your skin from protecting itself with melanin and block nearly all of your production of cancer-protecting vitamin D. He also states that many chemicals in sunscreen are proven carcinogens (cancer-causing agents) and chemicals that mimic estrogens in sunscreens cause hormonal disruption and promote tumor growth. The Wikipedia facts only give more credence to the obvious.

It was pointed out that the melanoma rate in Queensland had a steep rise before the rest of Australia experienced the same increase of melanoma numbers. They blamed the vigorous promotion of sunscreen which was first done in Queensland and sunscreen use was encouraged in the rest of Australia only with a certain delay. An effect that would stem from the ozone depletion can not obey the borderline of different areas of Australia, but sunscreen endorsement programs can. Another study from Norway points out that there had been no change of the ozone layer during the period 1957 to 1984; and yet the yearly incidence of melanoma in Norway had increased by 350% for men and by 440% for women. They conclude that in Norway the “Ozone depletion is not the cause of the increase in skin cancers”.

What then was the cause? Many scientists now believe it may in large part be chemicals that the supposedly protective sunscreens contain. While sunburn is prevented by sunscreen, there is not much evidence to support their protection from skin cancers, and in fact they contribute to malignant melanomas.

If sunscreen penetrates into the skin, it promotes the indirect DNA damages, which cause the most lethal form of skin cancer, malignant melanoma. This form of skin cancer is rare, but it is responsible for 75% of all skin cancer-related deaths. If the sunscreen filter (chemical) is absorbed into the skin it only prevents the sunburn but it increases the amount of free radicals which in turn increases the risk for malignant melanoma. The harmful effect of photo-excited sunscreen filters on living tissue has been shown in many photobiological studies.

Are you seeing what I am seeing? Most sunscreens are more dangerous than protective. Clothes, hats, minimal sun tanning (which improves the skin’s natural defense by increasing the amount of melanin in the skin), and possibly the use of natural sunscreens, would be better ideas for protecting the skin than the highly touted, high SPF sunscreens.

If the chemically based sunscreens are potential cancer causers, are there any natural sunscreens that could help to protect against harmful UV rays? Possibly, according to those who study such things.

Avoid anything containing oxybenzone and octinoxate (proven dangers), and any of the other 15 sunscreen chemicals used in the U.S. and listed as active ingredients, but which have no studies for safety data. Look for natural sunscreens using minerals such as zinc and titanium instead. And do not depend on any sunscreen for prolonged exposure to the damaging rays of the sun.

If you would like to read more on sunscreen safety and find brands that are specifically recommended by those who have read the peer reviewed clinical studies on sunscreens, visit Skin Deep’s website.