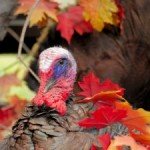 Everyone is preparing to celebrate one of our nations most beloved holidays this week: Thanksgiving. We all look forward to the day off work, the time with family and friends, and of course the good food.

No matter how little or how much we may have, there are hundreds of things we can be thankful for. Regardless of our circumstances or our health, we can find so much to be grateful for. This year be purposeful about having a thankful heart. It may surprise you how it changes your life.

And if you need some fun ideas to spruce up your day, check out the activities below:

A QUIZ ABOUT THE HISTORY OF THANKSGIVING

1. When was the first Thanksgiving celebrated?
1500