It seems that Financial fitness website Nerd Wallet recently compiled a list of places in the U.S. where intelligent people tend to settle down. Out of the 100 cities they have named eight Virginia communities to the Most Educated Places in America list. And one VA community, McLean, was even in the Top 10! To compile the list, NerdWallet analyzed U.S. Census Bureau data on the educational levels of residents in more than 2,000 locations.

That is some pretty cool information in our book. Here are some other interesting and encouraging facts about our beautiful state!

– A survey by the consumer services website Thumbtack, ranked 95 U.S. cities on the ease of starting a business, tax codes, and training and network programs (among 10 other things). One Virginia city came up pretty high in the results at #3! Richmond ranked third in the nation for being one of the friendliest cities for small businesses just starting up. Virginia also ranked very highly for Over-All Friendliness, Health & Safety and Environmental issues to name a few others. 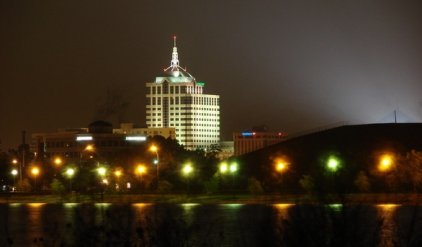 – Virginia Business online says that Northern Virginia has surpassed the Tri-State New Jersey/New York region as the largest data center market in the U.S., according to a report from JLL. The company’s annual Data Center Outlook says the region has nearly 20 percent of the market share in enterprise demand year-to-date in 2015. Northern Virginia’s competitive utility rates, tax incentives, abundance of power and a robust fiber network compared to other Tier 1 markets  — such as New York/New Jersey, Northern California, Chicago and Dallas  — have made the region the most attractive global data center market for enterprise users of all sizes.